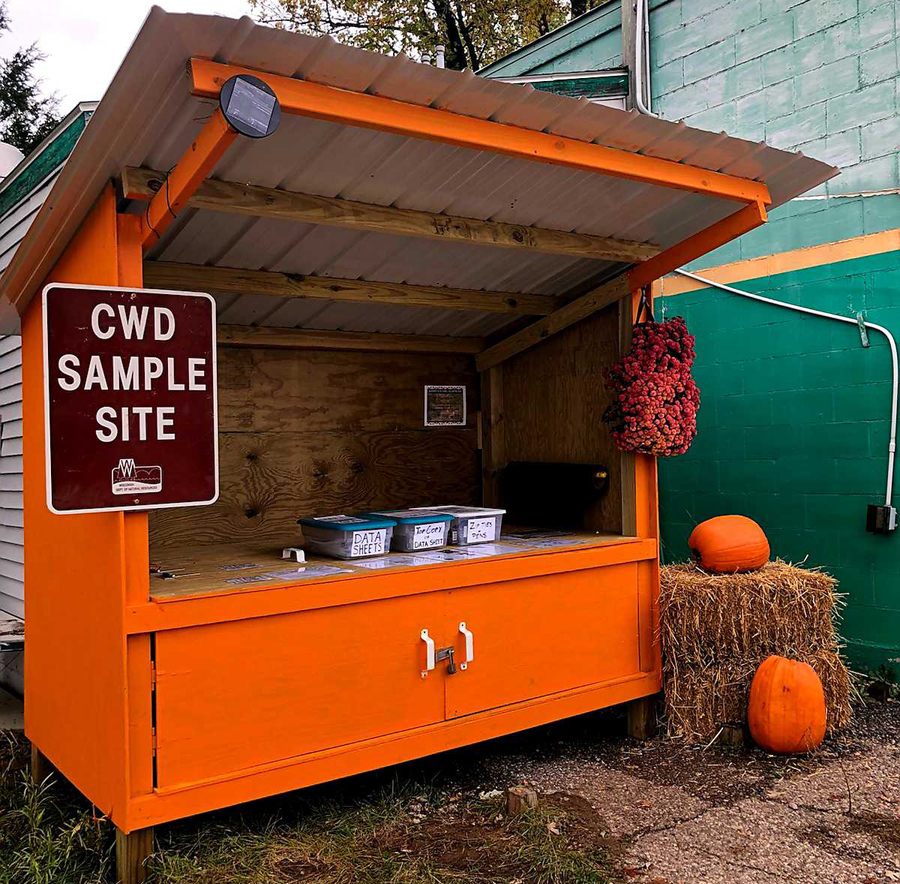 Living in Wisconsin means dealing with chronic wasting disease (CWD). Since its discovery here in 2002, the disease has spread from white-tailed deer in western Dane and eastern Iowa counties across the state. Currently, all but 17 of Wisconsin’s 72 counties are under quarantine.

CWD is a contagious neurological disease that infects deer, elk and moose. CWD is 100% lethal though it can take a number of years for the disease to kill its victims. It causes the animal to drop weight, become disoriented and lose control of its muscles. The disease agent is related to mad cow disease and the human Creutzfeldt-Jakob disease (CJD).

There have been no cases reported of CWD crossing over into humans. However, some primate studies revealed that the disease could infect monkeys that ate CWD infected meat, or came in contact with brains and body fluids.

Here is a video from the Theodore Roosevelt Conservation Partnership that shows how to deer hunters can prevent the spread of CWD when processing their deer. Whether this is your first hunt or you are a veteran, this video does a great job of showing you how to harvest your meat in the field. It will show how to keep you and your deer safe. The Wisconsin DNR has a CWD Response Plan that provides long-range guidance for dealing with the disease. Originally created in 2010, the plan was reviewed in 2017.

Testing deer for CWD was a problem in past years. There simply were not enough locations where hunters could drop off deer samples for testing. As a response, the DNR launched an Adopt-A-Kiosk program where they partner with local sporting groups to make it easier for hunters to get their harvest tested.

The DNR wants to make sure that deer carcasses end up in landfills that can provide for disposal. To that end, the department has created an Adopt-A-Dumpster program. Volunteer organizations sponsor a dumpster during the deer season. A bill introduced by State Senator Howard Marklein, SB 325, would expand the fleet of dumpsters around the state for disposal of CWD carcasses.