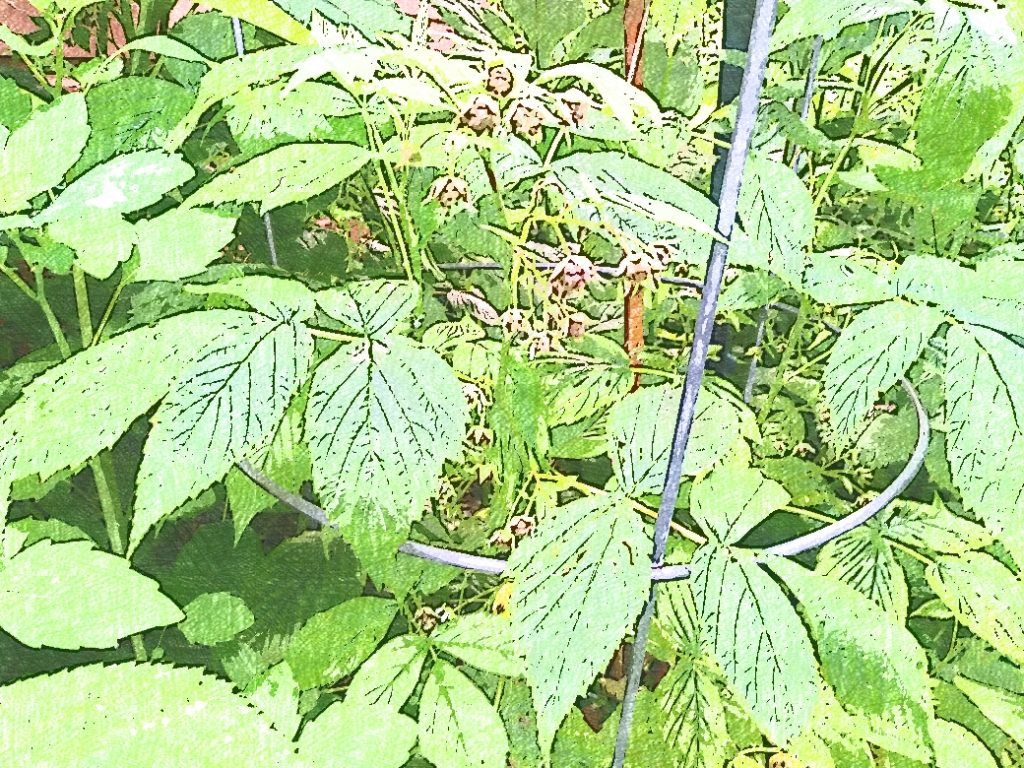 Recently someone asked me to suggest flowering garden plants that would outcompete brambles. My response was to, “be extremely careful what you ask for.” Any plant that would outcompete your brambles would itself become a management problem in your yard. You do not want a cure that is worse than the disease.

Brambles are really tough to manage. They specialize in colonizing early disturbance ecosystems such as prairies and grasslands. As woody perennials with aggressive root systems, they spread quickly, grab sunlight and shade out their competition.

The primary management tool for brambles in natural areas is fire. Prescribed burns conducted annually for 2–3 years followed by burns every other year or two after that, reduces the density of bramble stems and promotes native grasses and wildflowers.

Not First Choice for Gardens

There are three real problems you face with prescribed fire in your garden. First, your municipality may not allow prescribed fire in your yard. It can be exceedingly difficult to safely manage fire in an urban or suburban setting. In addition, the other plants in your garden may not like fire. If this is a classic vegetable garden, that will not be much of a problem because prescribed fires are typically done in early spring before you have even planted this year’s crop. Finally, brambles do not carry fire well themselves and need an understory of leaves, grasses and forbs to create enough heat to kill the canes. It is unusual to have that kind of surface layer of fuel in a garden.

If your bramble patch is relatively small, you may just want to contain it. This may be the method of choice if you still want berries but do not want them invading the entire garden.

Install a 6-12 inch edging around your berry patch. Buried edging will keep roots from escaping into the rest of your garden.

Dig out canes that escape, removing their roots, as well. As the size of your patch increases, this method becomes more difficult to keep up with.

How To Use Glyphosate

Place the herbicide in an inexpensive 16–24 ounce spray bottle, the kind you can buy for a couple dollars. Set the spray pattern to solid stream. Cut the bramble canes. Wearing a rubber glove, use the sprayer to apply a drop of glyphosate to the stump of each bramble cane. Yes, this is tedious work but it pays off. All you need is to wet the end of the stump, so you will be oh, so carefully squeezing the trigger on the sprayer. Again, all you want to do is cover the cane stump with a drop of herbicide. Using this technique, I can cut and treat bramble canes all day on a single spray bottle.

Using this method minimizes damage to surrounding plants and puts all the power of the glyphosate where it belongs … on the roots. Glyphosate is drawn down into the roots of the bramble where it stops a specific enzyme pathway, the shikimic acid pathway, which regulates plant growth. Animals do not produce or use this enzyme, so it is not toxic to humans.

Glyphosate is a non-selective herbicide, which means it kills any species of plant it touches. So, you really need to be careful about preventing drift or spraying the wrong thing.

Fortunately, glyphosate is very short lived. It is broken down by sunlight in a week or two. This means that your very best time to go after your brambles is before you plant your crops in the spring. You can also do it without worry during the season if that section of the garden is between crops. If you have a really bad infestation, you can cut and treat the stems, wait 2–3 weeks for the chemical to kill the roots and till up that section of garden and plant whatever you want into it.

Even though glyphosate is among the safest products on the market, you never want to spray any chemical onto plants that will be harvested and eaten. That same statement applies to organic herbicides and pesticides. Because of that, do not make a foliar spray of bramble canes. You do not want someone to come by and pick fruit off those canes after they have been sprayed. That is another reason why I recommend the cut stump application.

Recently, there has been a flurry of controversy about glyphosate, relating to a specific form of cancer. Despite the drama of late night class action legal ads, glyphosate is a safe product.