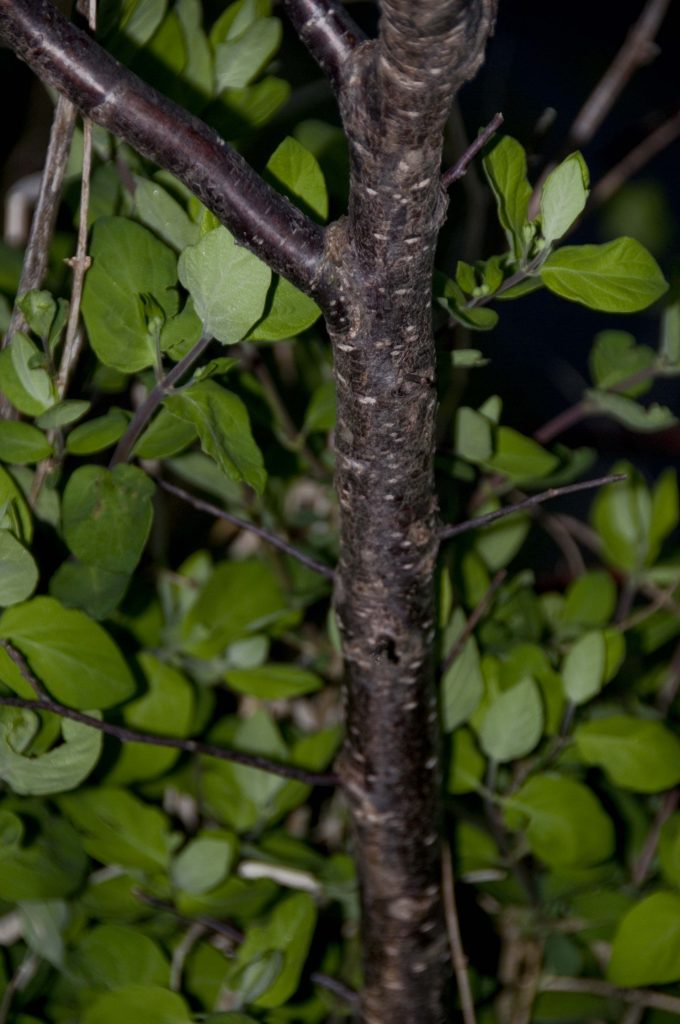 Fruits & seeds: Abundant clusters of round, black, pea-sized fruit. Ripen on female plants in late summer. Dispersed by birds and mammals. Fruits remain on plants into winter after all the leaves have fallen.

Similar species: Glossy buckthorn (Rhamnus frangula; invasive) is similar to common buckthorn. Leaves are mostly opposite, with greater number of veins. Upper surface of leaves are shiny with undersides dull.

Found in woodlands, wetlands and prairies.

Creates dense thickets where nothing can grow beneath it.

Garlon 4 is the most common chemical used. Most effective when sprayed in 1:1 concentration to cambium layer of cut stumps. Garlon 4 should not be used in temperatures above 80 degrees.

Glyphosate may be used in 1:1 concentration to cambium layer of cut stumps. May be used in temperatures above 75 degrees but is not effective in temperatures below 40 degrees F. Avoid treatment during spring as sap flow is moving in the wrong direction and chemical will not be carried to the roots where it does its work.

There are not effective biological controls for Common buckthorn.