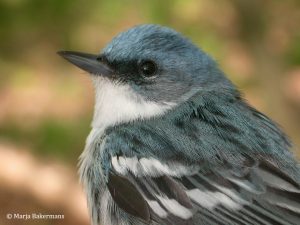 Join Nature Conservancy conservation staff for a virtual tour of Wisconsin woodlands, wetlands and prairies to learn about the rare and unique bird species that call our preserves home. We also will share tips and tricks for how you can help support our feathered friends in your own yard. Live Q&A to follow.
Please register in advance to join the live Zoom webinar. We hope you will join us: https://tnc.zoom.us/…/tJYpduCrrjgtGdGkiSbAMtpqcsQ9e3GGuWPI
Contact Elizabeth Hengel, Donor Relations Manager, at elizabeth.hengel@tnc.org with any questions.
Virtual Event Details:
We will host this event using Zoom videoconferencing. If you aren’t already using Zoom, we recommend that you download the app and/or create a free account in advance, for ease of access. You can sign up for a free Zoom account here: https://zoom.us/signup
A dial-in number to join the event by phone will also be provided for those without access to video conferencing equipment.
Read more
Categories: Public Awareness Tags: bird rare
Apr
23
Fri
Coffee Break: Population status of Wisconsin’s endangered/threatened amphibians and reptiles
Tickets
Apr 23 @ 10:30 am – 11:30 am 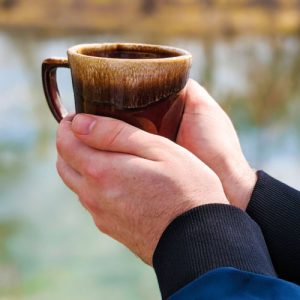 Join conservation biologist Rori Paloski to learn about the current population status of Wisconsin’s endangered and threatened herptiles most frequently associated with wetlands: Blanchard’s cricket frog, queensnake, eastern massasauga rattlesnake, western ribbonsnake, eastern ribbonsnake, and wood turtle. We will focus on Wisconsin’s wetland herps and their status in the state, looking at each species individually and covering their basic biology, population status, and current conservation efforts.

Read more
Categories: Public Awareness
May
7
Fri
Coffee Break: How are water drawdowns affecting nest survival of marsh birds?
Tickets
May 7 @ 10:30 am – 11:30 am

Moist-soil management is a wetland management practice that uses spring/summer water drawdowns to promote diverse and abundant plant growth. However, water is a critically important barrier to land-based predators, and in wetlands, vulnerable marsh birds select their nest sites over water for this reason. The problem here is that managed sites implement drawdowns after marsh birds have started nesting and this may be placing them in riskier environments than they selected. Hear about how nest cameras helped researchers to explore the impact of water drawdowns on predator access to and survival of marsh bird nests.

Stephanie Schmidt earned her bachelor’s degree in zoology from the University of Wisconsin-Madison in 2018. She is currently a graduate student at the University of Illinois at Urbana-Champaign where she is pursuing her master’s degree in natural resources and environmental sciences. She loves the Midwest and wetland birds.

Tune in for an introduction to the 50 species of native mussels in Wisconsin. Lisie will discuss their ecology, historical uses, and cultural contributions, as well as their diversity, fascinating life history, and significance to water quality. Plus she’ll explain how mussels were key to bringing international recognition to some important Wisconsin wetlands! Last but not least, learn the difference between a mussel and a clam!

Lisie Kitchel is a Conservation Biologist in the Bureau of Natural Heritage Conservation of the Wisconsin DNR. She is trained as an Aquatic Ecologist and works on anything aquatic, but most of her work focuses our native mussels.
Read more
Categories: Public Awareness
Jun
11
Fri
Coffeebreak: Ears in the Driftless: BioAcoustic monitoring in a restored wetland
Tickets
Jun 11 @ 10:30 am – 12:00 pm

BioAcoustics is a cross-disciplinary combination of acoustics and ecology. Learn how landowners Mike and Marcie O’Connor are using this technique to document habitat changes over the course of restoring wetlands on their land, Prairie Haven, in Wisconsin’s Driftless Area. How does bioacoustic monitoring work, and what have they learned? Join us for this Wetland Coffee Break to find out!

Mike and Marcie O’Connor are retired landowners working to restore and manage their land in Wisconsin’s Driftless Area. Marcie started learning to identify plants when she was about 10 years old, studied botany and ecology in college, and has remained interested in plants and restoration ecology ever since. Today, she focuses on restoring Prairie Haven (www.PrairieHaven.com) and the citizen science of identifying and documenting all the animals and plants that she finds there. Mike is a retired tech-industry entrepreneur who started fooling around with music and audio about as early as Marcie got interested in plants. BioAcoustics is a great way for him to bridge between his interest in all things tech and the restoration work Marcie and he do. 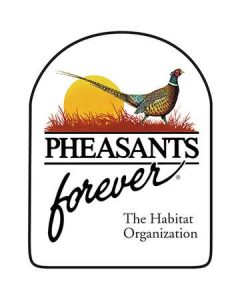 Enjoy an afternoon lunch over the Wedde Creek, tour an in-progress habitat project in person (socially distancing) or from your car, and raise money for conservation!

Help create habitat corridors for wildlife and get more people involved in the outdoors.

In recognition of the ecological, cultural, and historical importance of the wetland and estuarine systems of Green Bay, UW-Green Bay is leading the process to designate the Bay of Green Bay as a National Estuarine Research Reserve (NERR). The NERR System is a national network of 29 sites across the coastal US, including the Great Lakes, designed to protect and study estuaries and their coastal wetlands. Wisconsin already has one designated NERR on Lake Superior. Emily will discuss the benefits of a NERR designation for Northeast Wisconsin and opportunities to provide input and thoughts on the role a reserve could fill in the region.

Emily Tyner is the first-ever Director of Freshwater Strategy at UW-Green Bay. She is a Doctoral candidate in the School of Freshwater Sciences (SFS) at the University of Wisconsin-Milwaukee, where her dissertation focuses on the Human Dimensions of Natural Resources and Science Communication.
Read more
Categories: Public Awareness
April – June 2021 Apr – Jun 2021